Farmhouse on the borderline between the province of Siena and Grosseto

In the heart of Tuscany

“The “ Agriturismo Ristorante Val di Farma ” is situated on the regional boundary between the province of Siena and the province of Grosseto, a landscape presenting a successful match between the elements of land and water, caressed by the warm sirocco wind during the summer time, burned by the hot sun of the torrid summer, swept by the gelid north winds on the clear winter days”.
Many tracts of the land in this natural and country landscape are clearly signed by the “action of man for ages”. And it is just here, in the upper Maremma, in the commune of Civitella-Paganico-Pari, where in 1953 the “pilot farm” named S. Antonio with numerous cattle sheds and a place for the exsiccation of tobacco (Tabaccaia) was built by the Ex Local Authority. From this date on the CHIEZZI-MEOCCI family is conducting the farm as a family-run farm, which today includes 26 hectares of tilled land cultivated with cereals and a piggery of pure Cinta Senese breed. 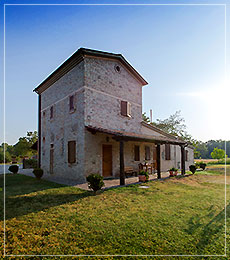 We are open all year.

We are waiting for you to quiet and green holidays in our farmhouse located in the heart of the unspoilt nature of Tuscany !

The farm estate is very well situated in the context of the local and tourist conditions, because it is lying within the Nature Reserve Basso Merso, at the confluence of the rivers Farma and Merse; an area that is protected by the regulations of the Region of Tuscany and the Province of Grosseto . Here one can walk along the naturalistic lanes indicated within the Reserve, enjoying the beauty of the autochthonous flora and fauna also from the sighting platforms or organize a picnic in one of the various places with facilities equipped by the Park Body.
Here you have space, here you have fresh air, here you have silence … here we are safekeeping for you what you are missing in the city